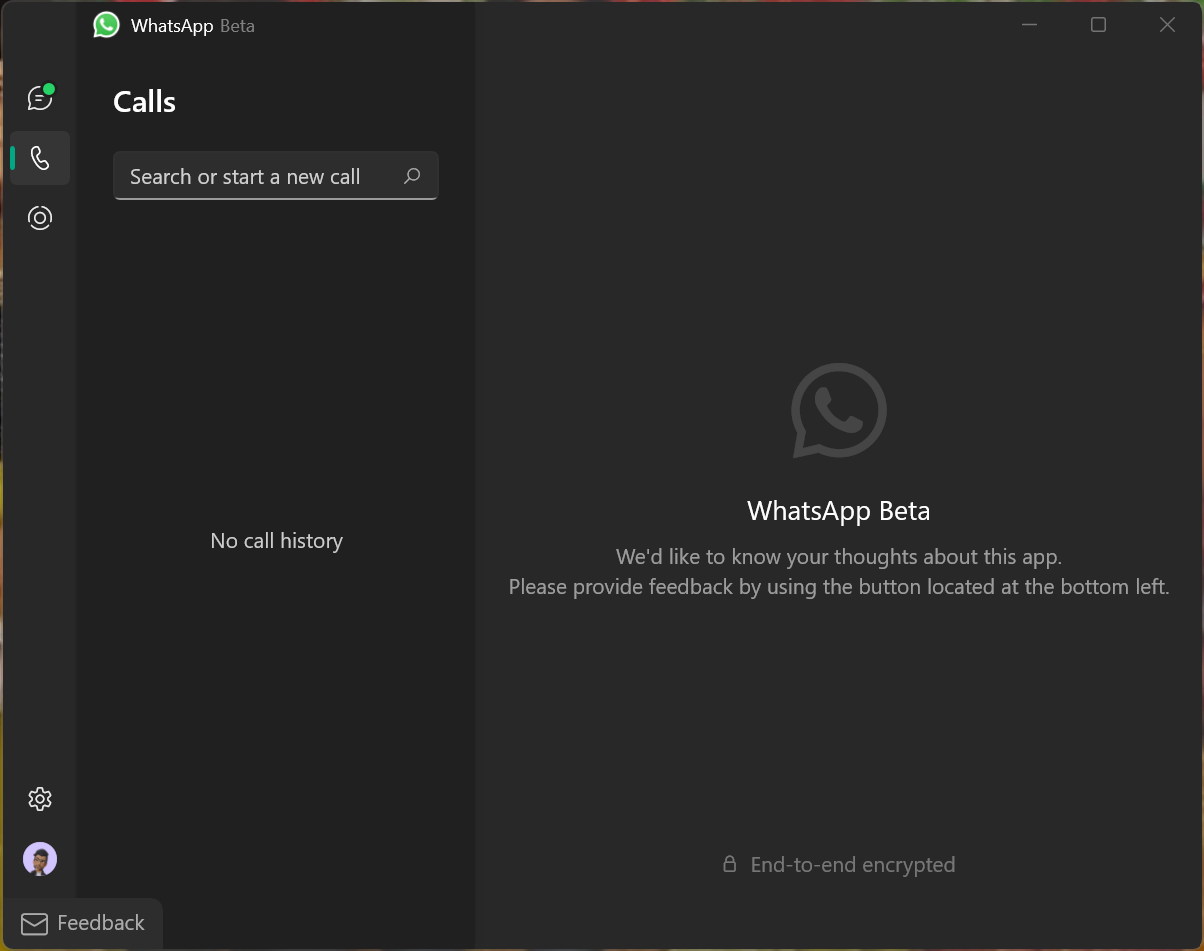 WhatsApp Users Will Finally Get A Calling Tab On Desktop

WhatsApp calling has become pivotal for people who find it hard to connect to calls using the mobile network. It works on low bandwidth and you can use both audio and video forms to make the call.

But the feature has been limited to mobile devices for a long time, and people have been asking for desktop support for calls. Well, it seems their prayers are finally being heard by the messaging platform.

According to a new post from WaBetaInfo, WhatsApp is introducing a calls tab for its desktop app in the beta version. The tipster says that with a calls tab, WhatsApp users on the desktop can get their call history and possibly the option to make a WhatsApp call directly from the PC.

Now, we don’t know when this option will be coming to the messaging app but we are sure that its addition will make it an ideal alternative to Google Meet and Zoom for many users. 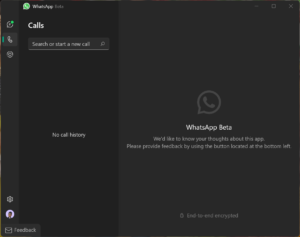 The post says that the Call tab will be placed between the Status and New Chat options on the top-left of the WhatsApp desktop app interface. Clicking on Calls will give users the option to browse through their WhatsApp call history, and also have the choice to make calls from the app itself. It is hardly surprising to see WhatsApp consider bringing calls to its desktop app.

In recent months, the messaging app has added a useful calling tool called the Call Links, which basically lets you create a link for a WhatsApp video/voice call and share it with other people who will be joining the call. While the beta test is being done on the desktop app, we are hopeful that WhatsApp will consider bringing the feature to the web version of the messaging platform as well. Having said that, since the new option is still in beta, we can’t be certain if WhatsApp will make it available for everyone or not.