Realme’s selection of affordable mobile devices is expanding quickly. Along with its expansion, it is also continuously updated with new models that fall into various price and power ranges. The company is now introducing one of its new affordable devices. Realme 10 has arrived in Europe..

The Realme 10 debuts on the market with the bold claim that it will enhance the Realme 9-starring generation’s user experience while maintaining the same low price point. Nevertheless, it offers some unique features including a screen refresh rate of 90Hz and the ability to virtually double the RAM with Realme UI 3.0. 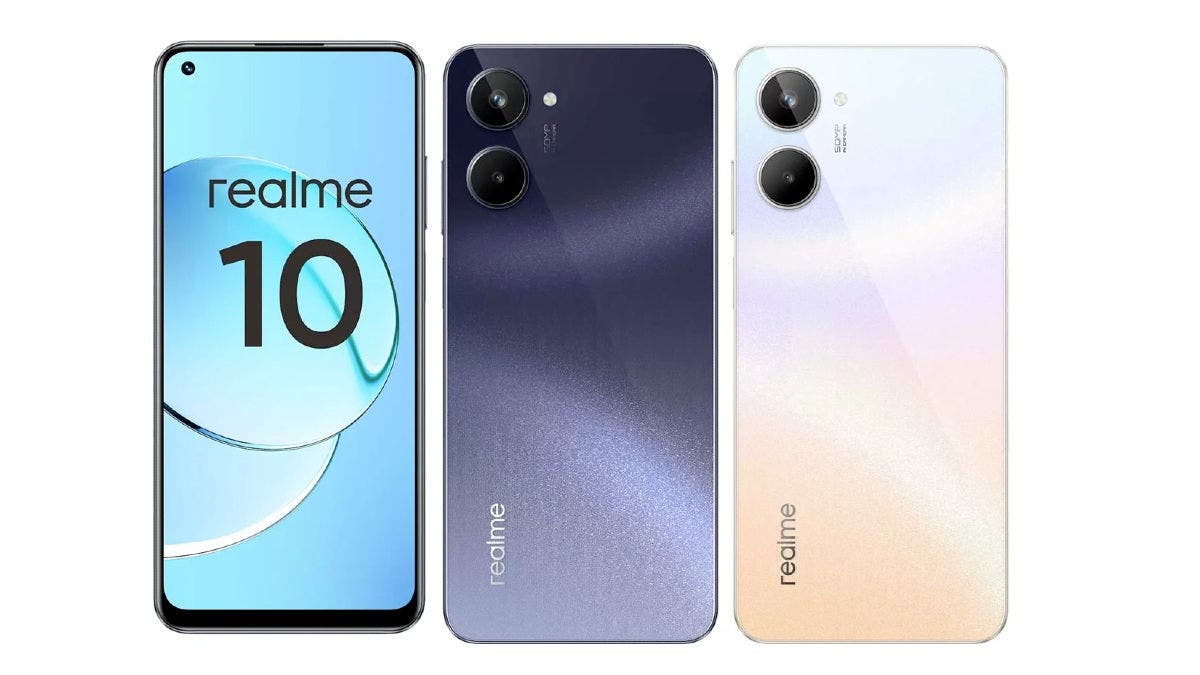 With a 6.4-inch AMOLED screen that refreshes at 90Hz, which is becoming more and more popular in low-cost mobile ranges, the new Realme 10 debuts on the global market. We have a 2,400 x 1,080 pixels in front of our eyes thanks to the FullHD+ resolution’s 20:9 aspect ratio and Gorilla Glass 5. By the way, the fingerprint reader moves to the phone’s side.

Realme chooses the MediaTek Helio G99, an 8-core, 6-nanometer CPU with a 2.2GHz clock speed and an ARM Mali G57 GPU with 7 rendering cores, as its processor. Different variants (4GB/6GB/8GB of RAM, 64GB/128GB/256GB of storage) will be available, and we will be able to increase them with virtual RAM or a microSD tray. The internal battery has a maximum charging power of 33W and has a capacity of 5,000 mAh.

In the camera part, dual camera sensors led by a 50-megapixel main sensor and a 2-megapixel depth sensor can be seen. When we turn the phone over, the 16-megapixel selfie camera is powered by the selfie sensor. Both the front and rear cameras on the phone can capture FullHD video at 30 frames per second.

Connectivity is the last but not least. In addition to 4G connectivity, the Realme 10 has WiFi 5, Bluetooth 5.1, GPS, a headphone jack, and a USB Type-C 2.0 connector. There isn’t an FM radio or NFC here, but it will undoubtedly arrive with Android 12 installed.

The new Realme is available in Clash White (white) and Rush Black (black) on the European market. Its debut in Europe is slated for next January, but for now, we’ll just confirm that it will be available in a variety of configurations, with the most powerful model having 8GB of RAM and 256GB of internal storage. However, in Europe, we can be confident that 8GB and 128GB will be the upper limit.

Realme is also preparing to launch the Realme 10 5G and Realme 10 Pro+ 5G smartphones. They will be official on November 17. The standard 5G model will have a 6.7-inch LCD Full HD+ and a 108 MP dual camera. The 5,000 mAh battery in this model also supports 33W rapid charging. A curved AMOLED display will be available on the 10 Pro+ model. The Dimensity 1080 SoC is anticipated to power both the Pro+ and 5G.